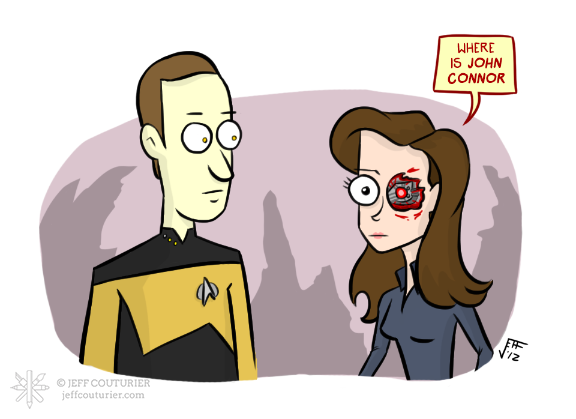 Commander Data from Star Trek, and Cameron from Terminator: The Sarah Conor Chronicles. This one one of a larger series of sketches I did for something called "Robot Bracket." It was a fun Facebook group that asked who'd win fights between famous TV and movie robots. The battles were set up like March-Madness brackets, and the group would discuss and vote on who'd win each daily battle.

I think brains would triumph over brawn here. Data would win, but Geordi would spend the next two years putting Data back together. And Data would never paint again.

You can buy this (and the rest of the Robot Braket art) on a t-shirt or mug here.