Okay, so it's not really "new" since my co-author, Alvy Bataglia, and I have been working on it for the better part of a year. If you follow me on Twitter or Instagram, you've seen a lot of sketches and drawings tagged with #DeathMetalGalactic. It's a new scifi comic that's full of space ships, weird worlds, aliens, metal, punk-rock, doom, and good times.

Read on for a short synopsis, and a pile of process art. 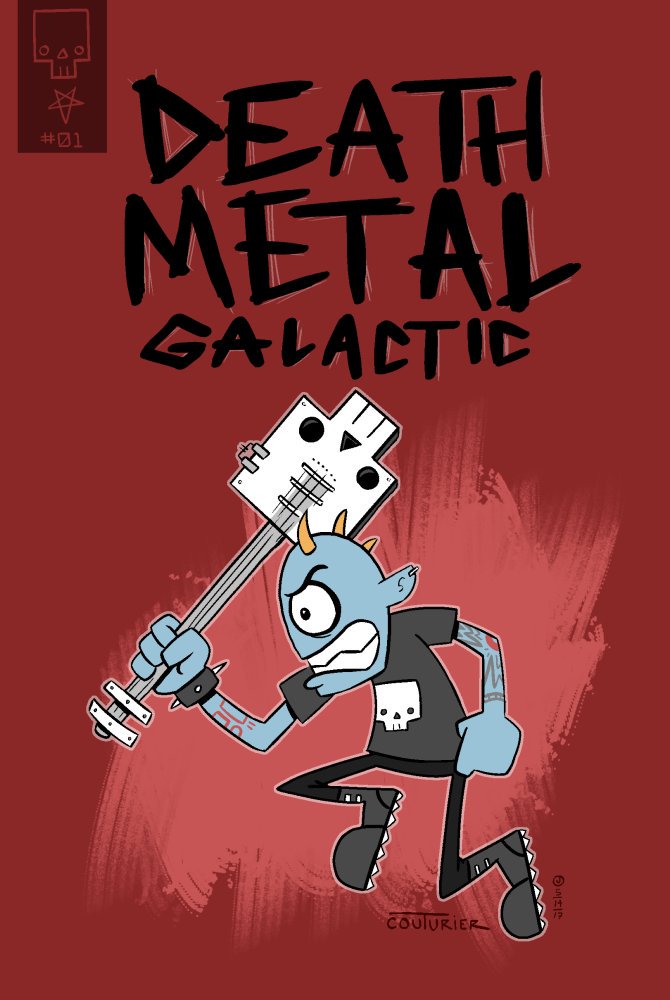 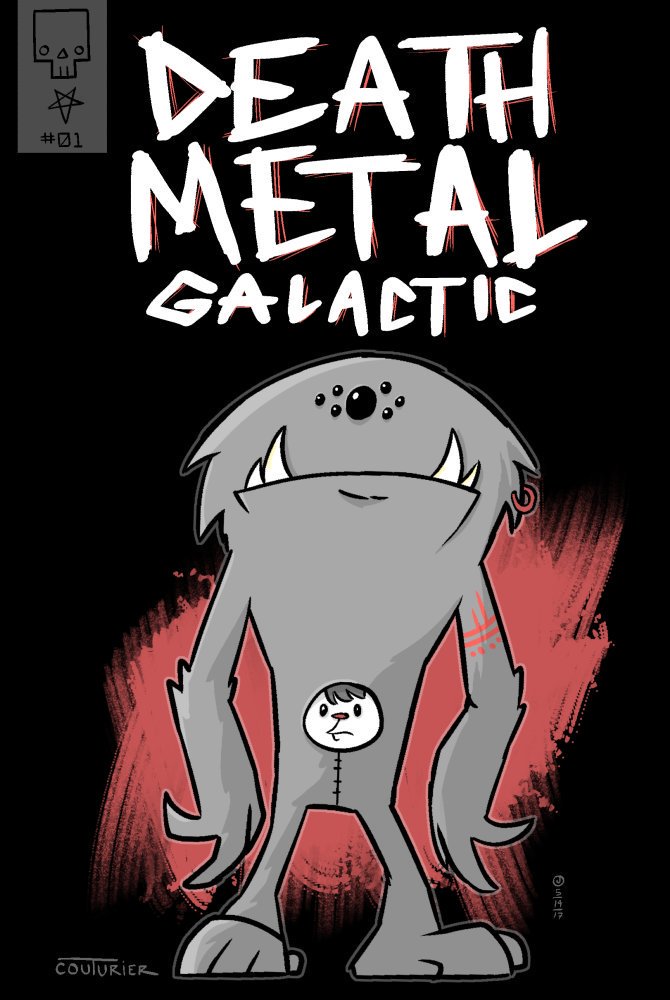 Peet and Gerald are best friends who formed a metal band, bought a run-down space van, and are trying to make a name for themselves by playing shows at any gig they can get. Usually that ends up being tiny stellar truck stops and shitty diners on backwater asteroids, barely making them enough credits to refuel the van. Their ultimate dream is to open for the biggest, loudest, greatest band in the galaxy: Death Metal Galactic. If you put Gwar, Spinal Tap, and Dethklok in a blender and had them tour in space, they'd still wish they were as epic as Death Metal Galactic.

Peet and Gerald try to make a name for themselves while dodging the figurative minefields of the music business (crooked club owners, rival bands, pirate gangs, space cops), and the literal minefields of an ever-expanding military hegemony. Peet’s biggest secret is that his dad is a high-ranking officer in a military superpower, hellbent on subjugating the known universe. Peet refuses to work for them, and can't let his dad find out what he and Gerald are up to with their band. The two friends find themselves accidentally crossing paths with the hegemony, each incident escalating from the last. They might get their dream of opening for DMG, if they don’t wind up dead or marooned on a prison planet first. They'll also come to realize that their tiny band might be the one wrench in the works that brings the hegemony down and saves the galaxy.

It Started With Two Sketches

Peet and Gerald just showed up in my head one day as random (or so I thought) sketches. They arrived separately, but it didn't take long before it was obvious that they were connected and needed to be part of a larger story. So it all started with them. First Gerald, then Peet. 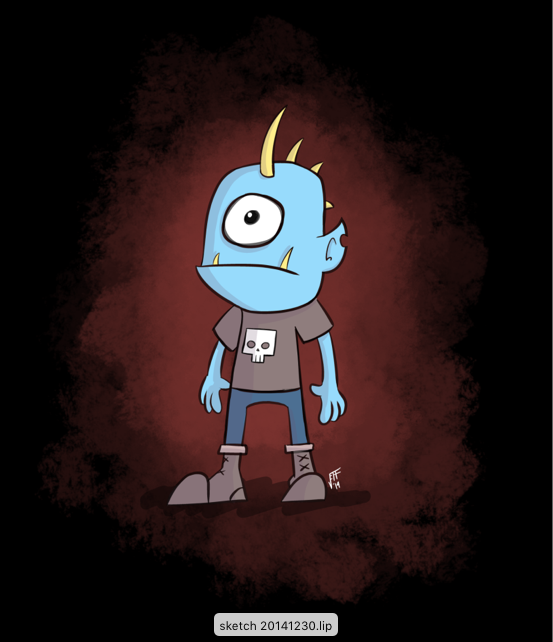 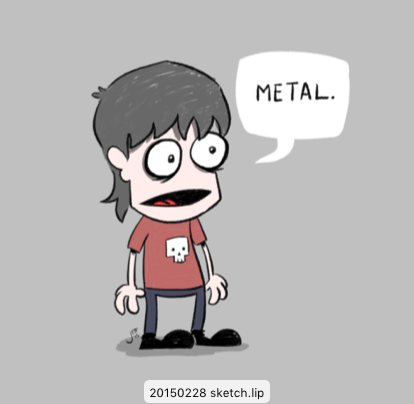 After a lot of back-and-forth with Alvy, their story started to form in our heads and I got to work on refining their designs. 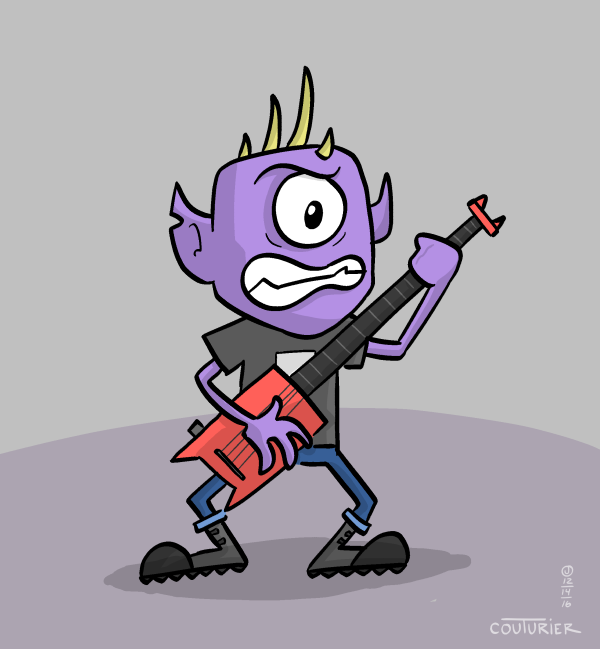 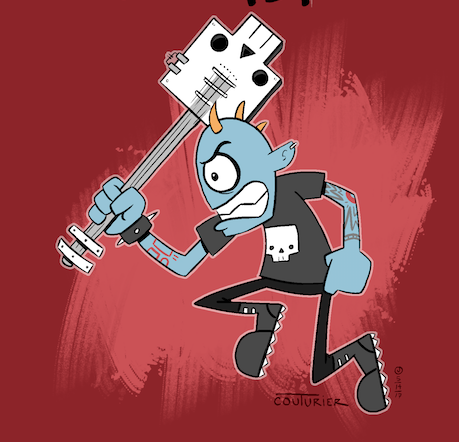 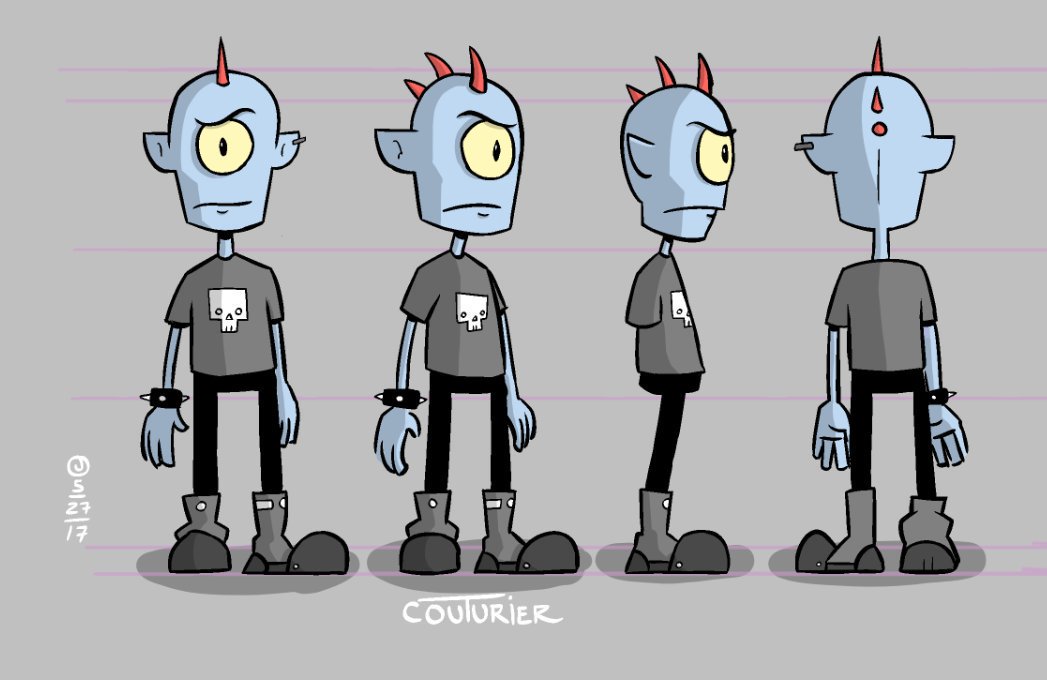 Eventually, I settled with what you see in the test panels below. Here I was playing with shading and inking to get a style that felt right for this story, and I finally pinned down the designs for Peet and Gerald. There were countless more of these, but this is where the style landed and it's the one I've been going with for the whole book. 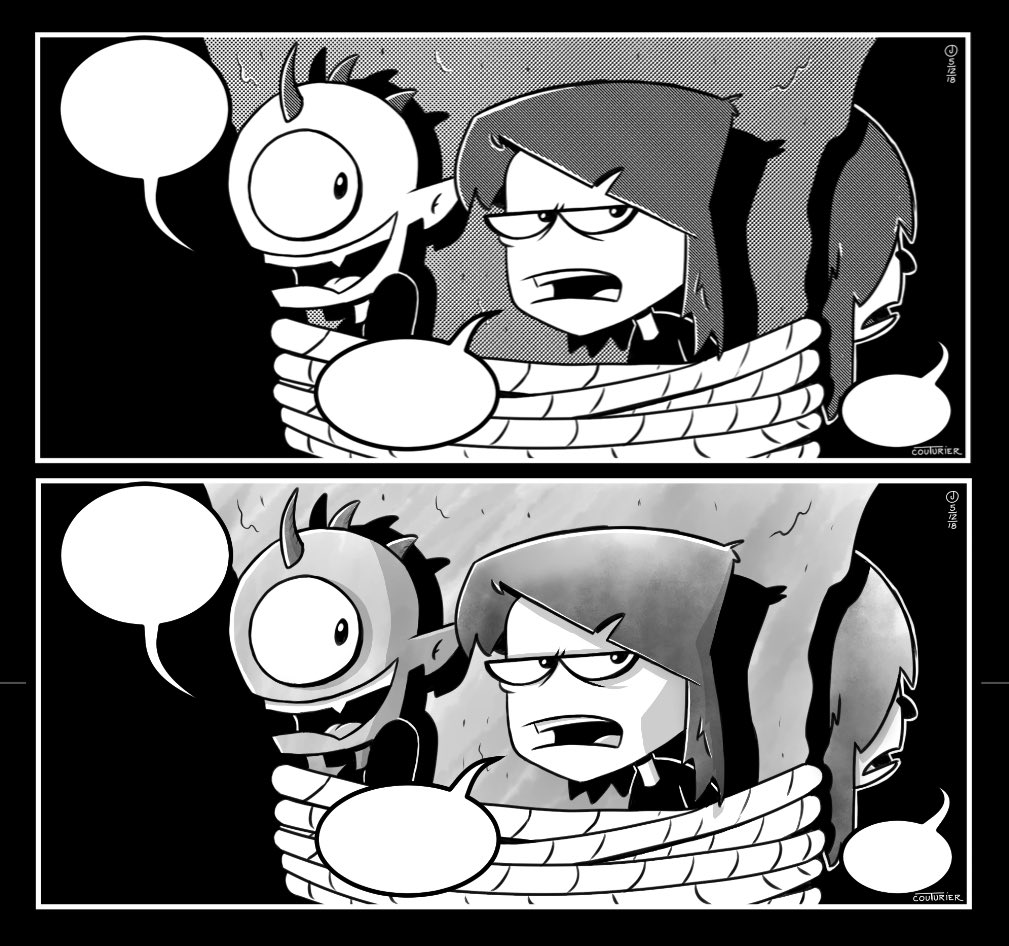 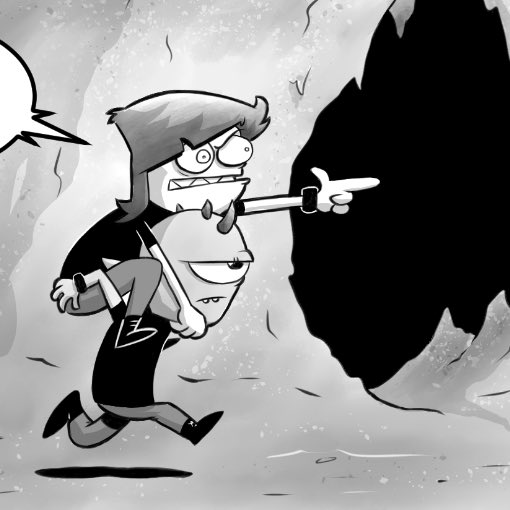 Alvy and I spent a lot of time outlining and writing the first chapter and doing a ton of worldbuilding in the process. We have pages and pages of backstory, character bios, setting descriptions, and a glossary. One of the great things about all of that worldbuilding is how it helped reveal new characters and new storylines to me. Now, we have a handful of fleshed-out rival bands, friends and allies, planets, stations, and enough background "meat" to make this universe feel pretty solid. Even though I won't be showing all of that worldbuilding the to public, it really helps anchor the story and even makes some scenes and plot points write themselves. We know who the characters are, we know what they want and what's preventing them from getting it. So when we drop them into a situation in this fleshed out universe, they tell us how they'll react. Alvy and I don't really have to guess - we just talk it through. 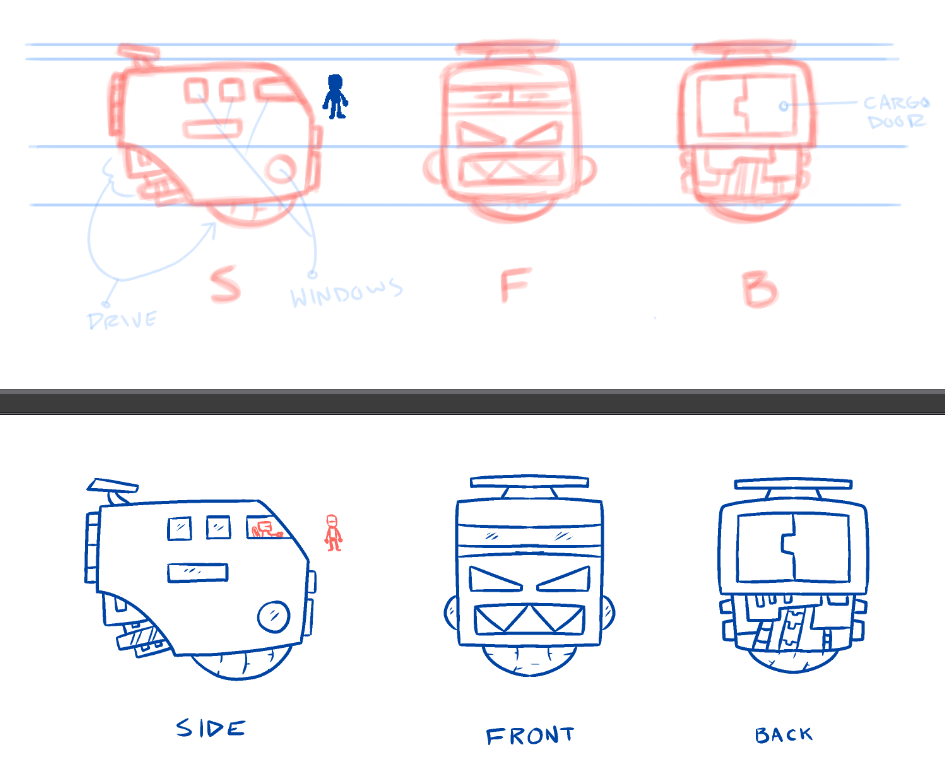 One of the backwater asteroid truck stops, with the space van docked over there on the right: 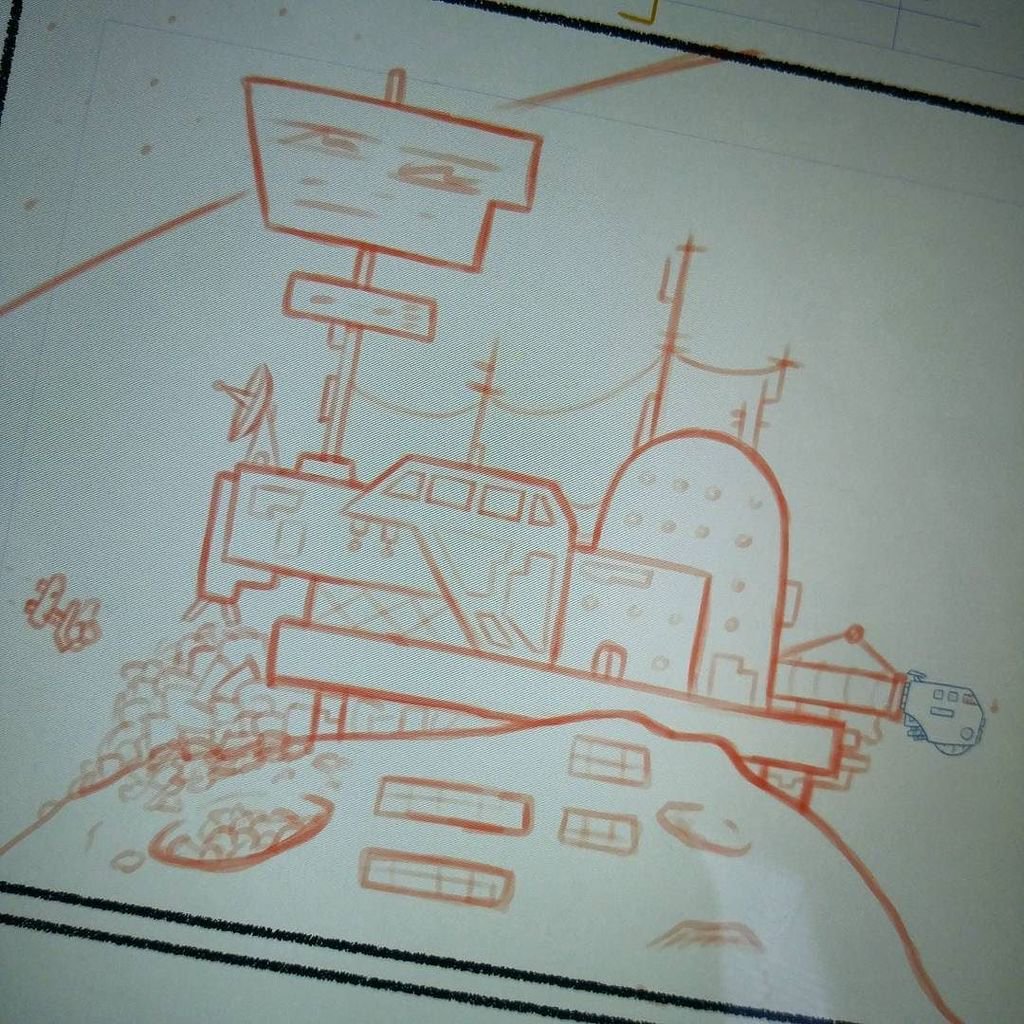 And a few background characters: 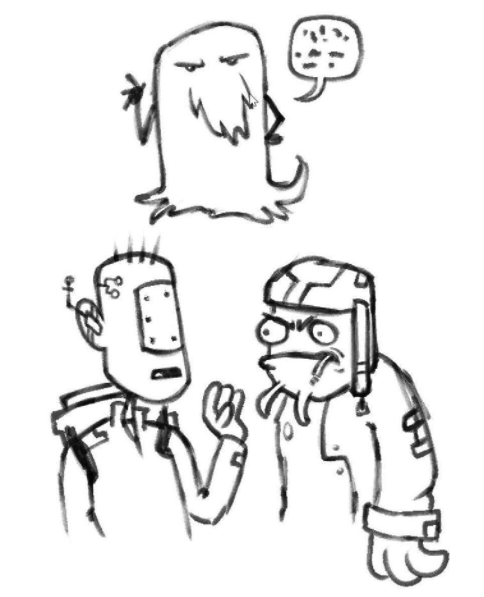 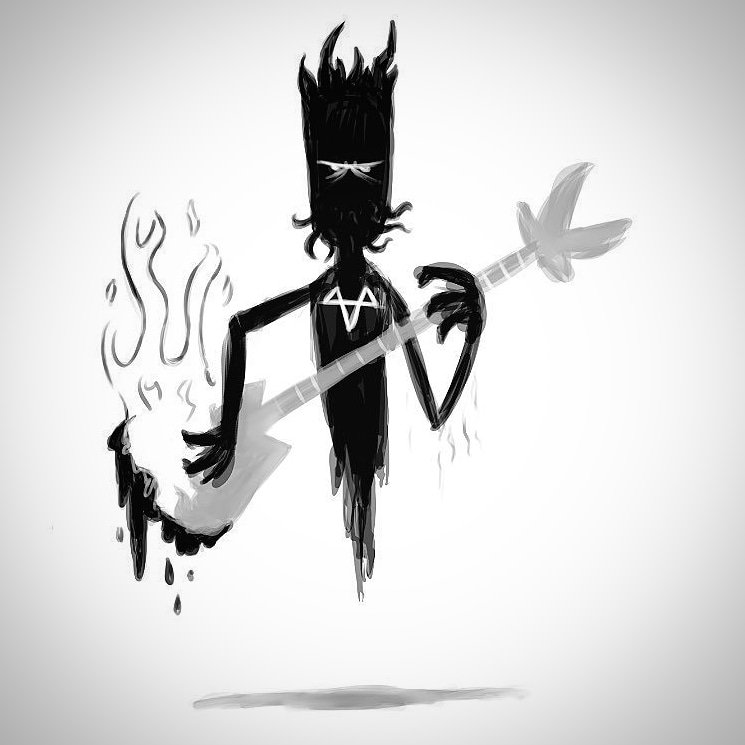 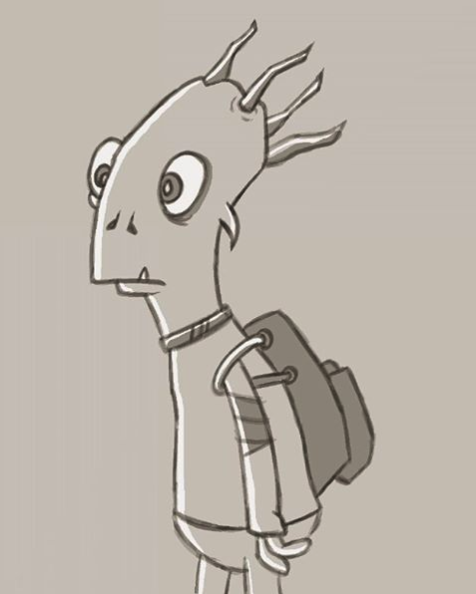 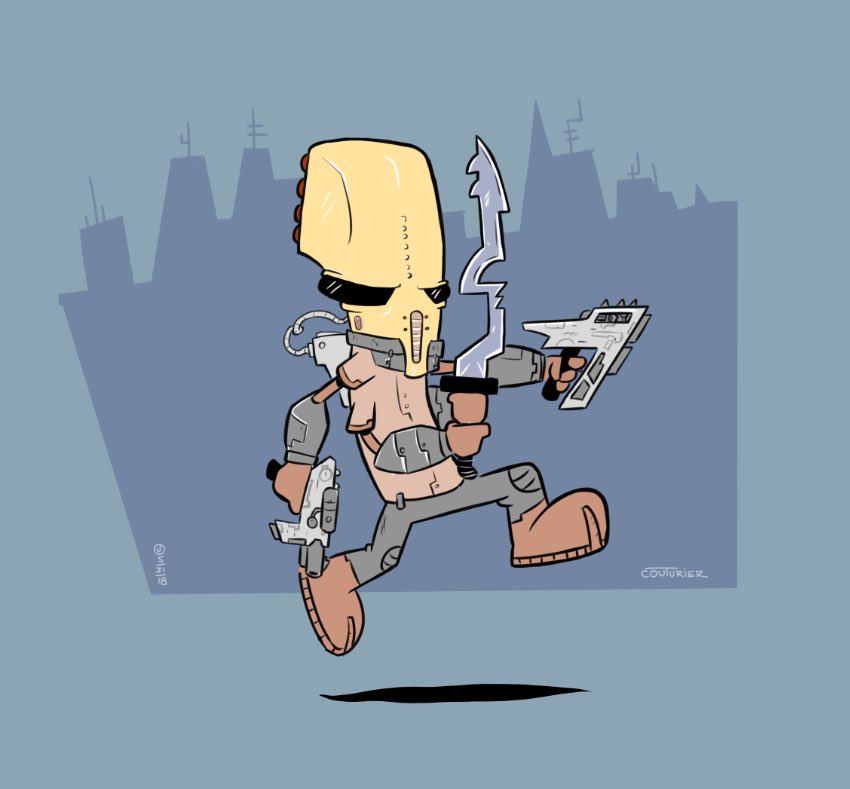 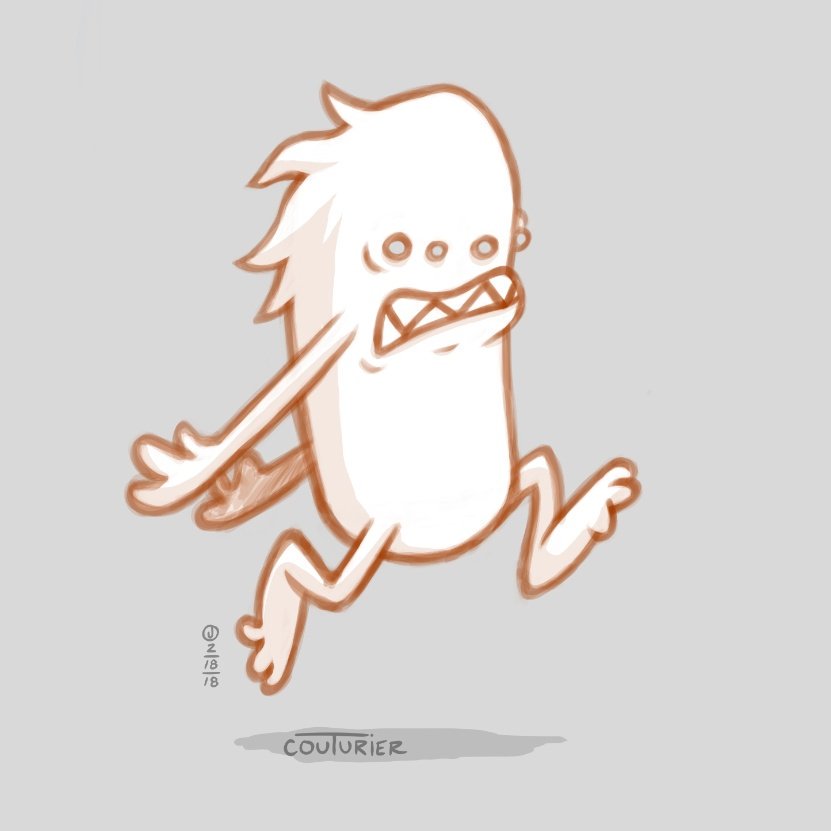 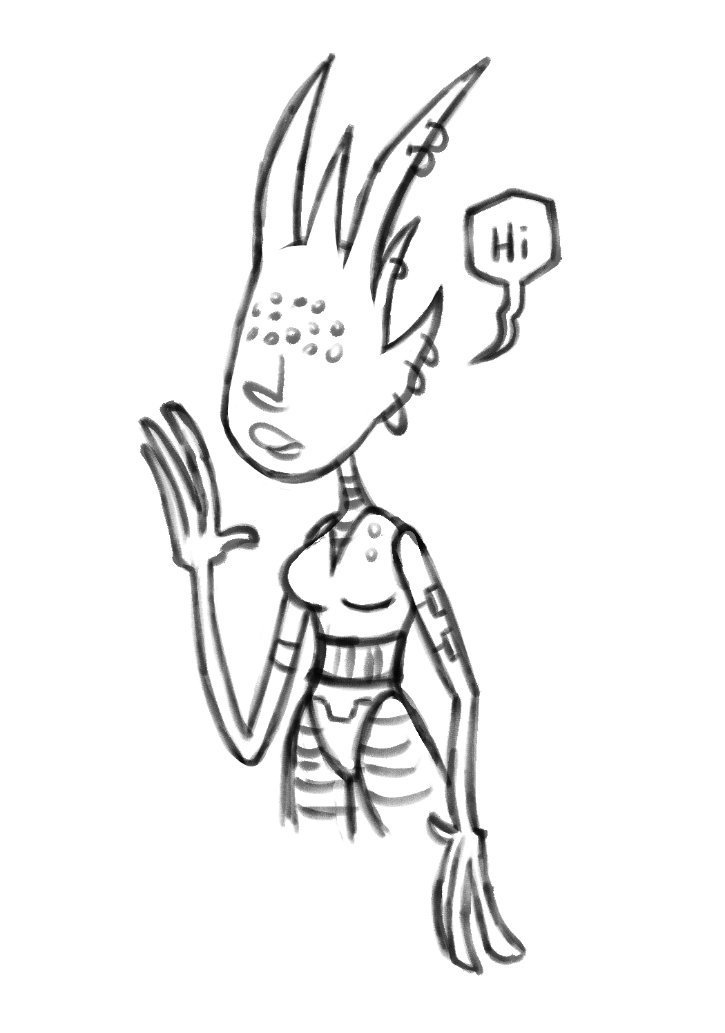 With all of that background work done, it was time to start thumbnailing pages. This is where I make small, rough sketches of each page, decide on panel layouts and adjust the story and dialog along the way.

And that's where I am now in this process. I'm aiming to thumbnail and then pencil the entire first chapter before I do any inking or coloring. That will make it much easier to adjust dialog or even redraw/rewrite entire pages if the story needs it.

A few of the early thumbnails: 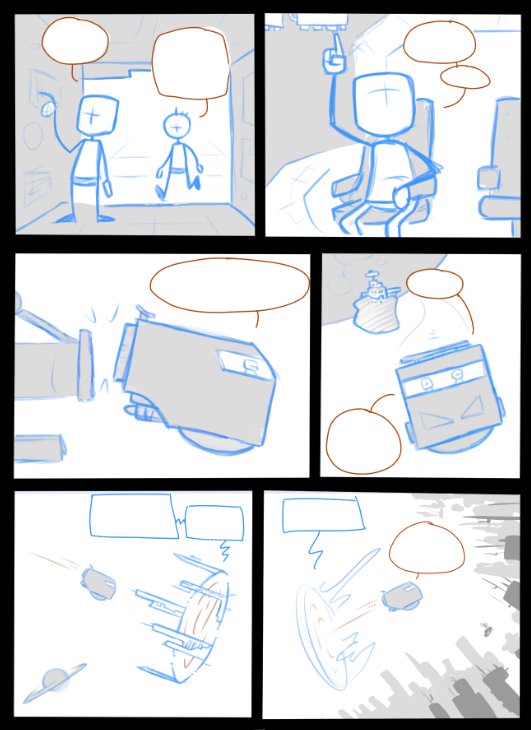 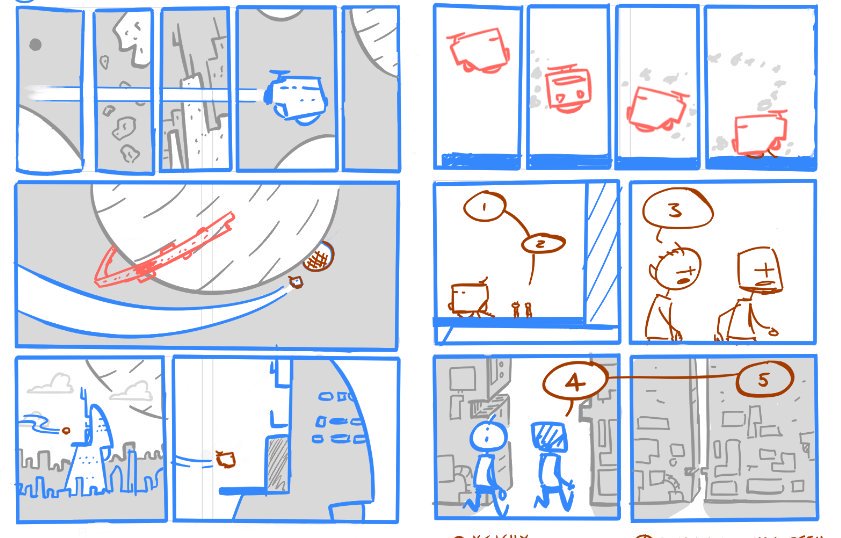 And some penciled panels: 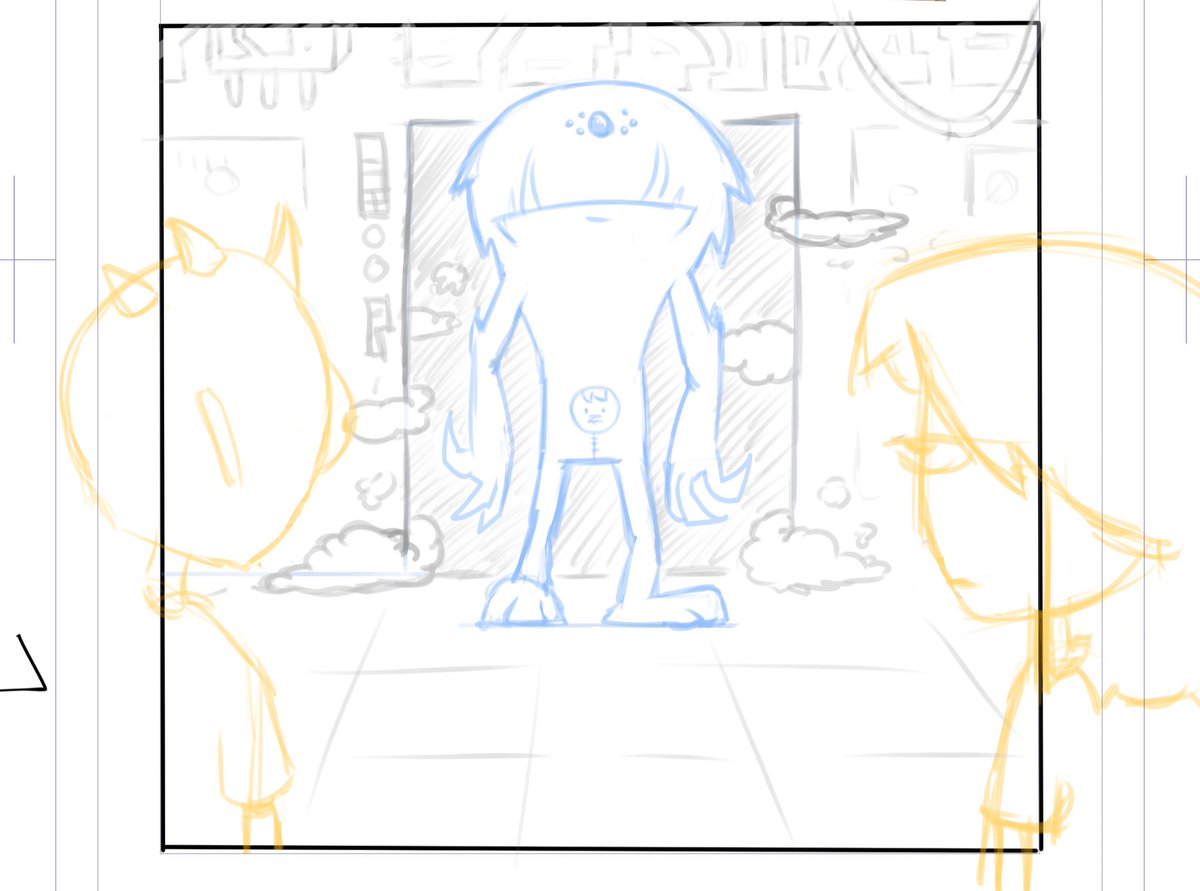 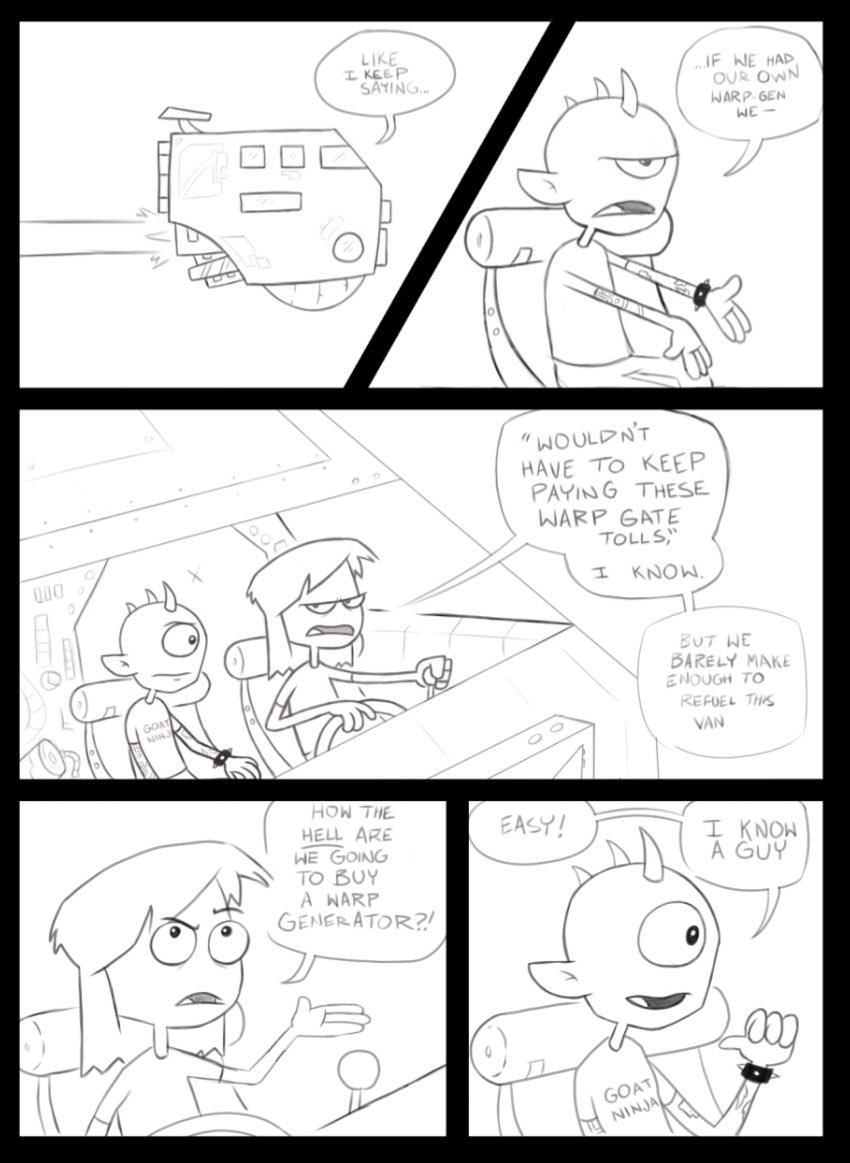 When I have the first chapter penciled I'll start posting them on a regular schedule - I'm aiming to ink and post a page per week. Once the entire first chapter has been posted, I'd like to gather it all into a book and print it. Then I'll move on to chapter 2 to do the same thing. There may be a Patreon at that point, I'm really not sure yet. Likewise for a Kickstarter. It's possible, but I think it's way too early for all of that. So we'll cross that Einstein–Rosen bridge when we get to it.

Thanks for reading!
- Jeff 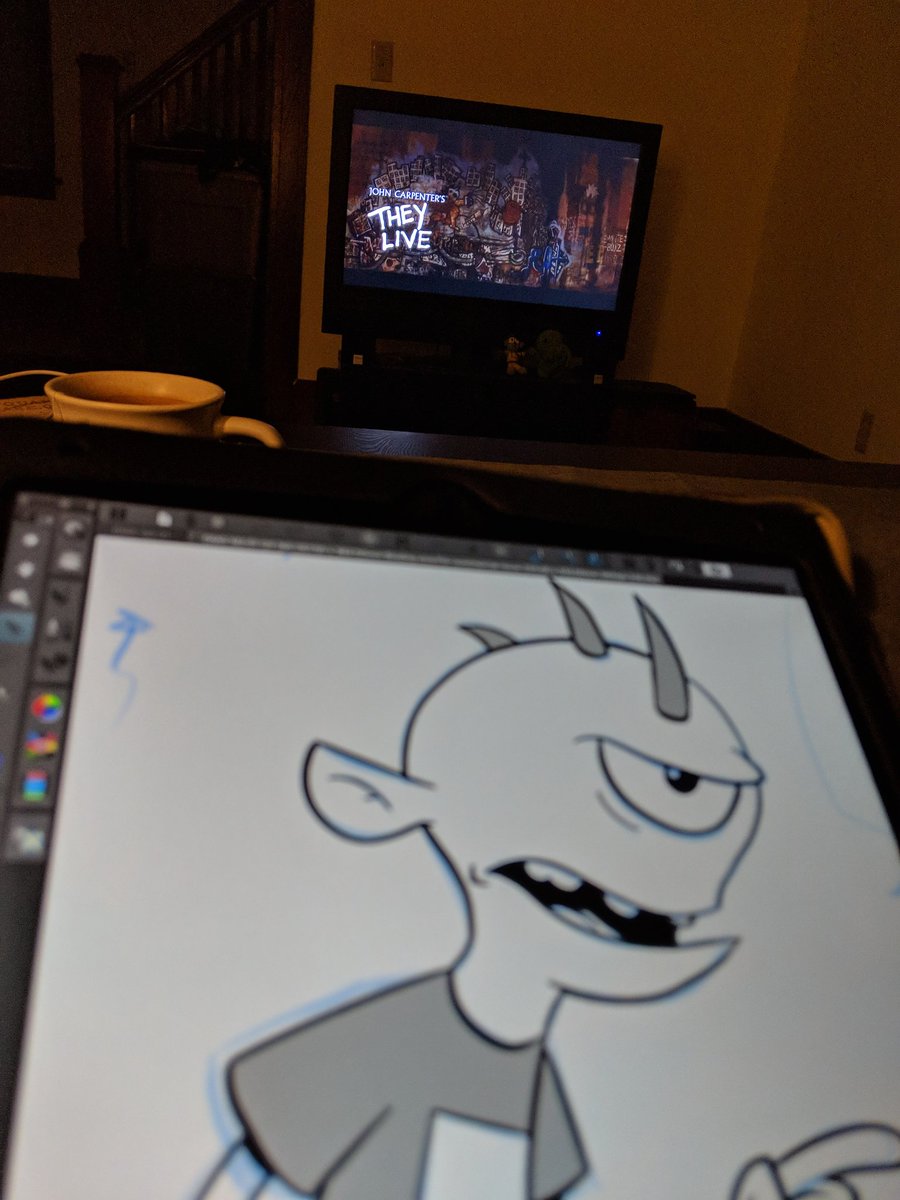